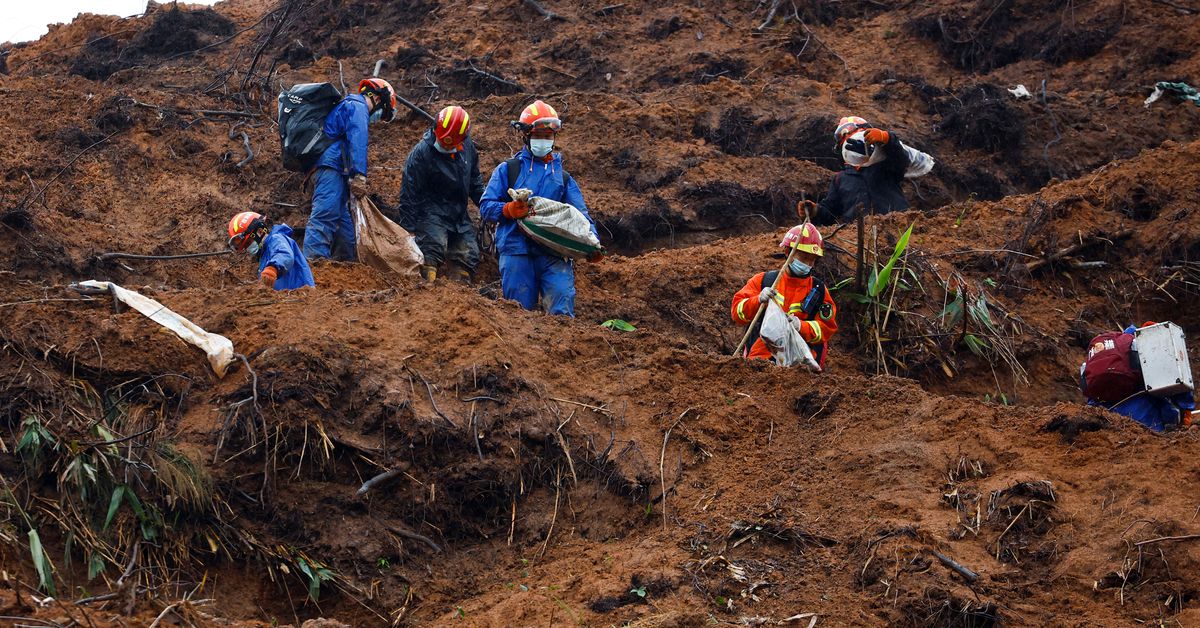 Flight logs are the technical equipment of the aircraft that can indicate the causes of the accident.

The box found was “severely damaged”, state media said, noting that it was not immediately clear if it was the box that recorded flight data or the cockpit’s communications with air traffic controllers.

A Boeing 737-800 with 132 people on board crashed on Monday afternoon in a rural and mountainous area of ​​the southern Guangxi region. Authorities have not confirmed any deaths or revealed why the accident occurred.

The plane flew to 29,100 feet Monday afternoon before beginning a steep descent briefly interrupted by a 1,000-foot rise, according to data from FlightRadar24. In all, the plane crashed at more than 25,000 feet in about two minutes.

Because the accident involved a US-made aircraft, US agencies and companies will also join the investigation.

The US National Transportation Safety Board said it has appointed a principal aviation safety investigator for the China-led investigation and representatives from the Federal Aviation Administration, Boeing and CFM will act as technical advisers. CFM is a joint venture between US-based General Electric and France-based Safran, which made the engines for the crashed plane, the safety agency said.

ALSO READ  A Campaign to Combat Poverty and Hunger: A Charity Program for Israel