What Are The Signs & Symptoms Of Prostate Cancer 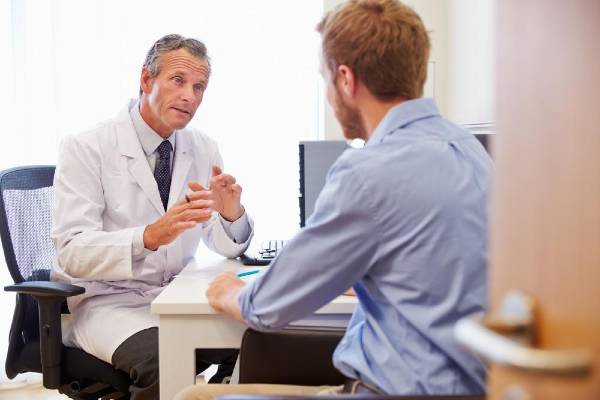 Numerous individuals in the UK and throughout the world are diagnosed with prostate cancer every year. Prostate cancer affects one in 6 men and claims the lives of 1 in 36.

The best case scenario for treating prostate cancer is when it is detected at an early stage.

There are numerous options for treating prostate cancer, but in this article, we will learn about Signs & Symptoms of Prostate Cancer, robotic prostate surgery and why it has replaced the standard approach and is the greatest choice for this type of cancer.

How does prostate surgery using a robot work?

Radical prostatectomy is a surgical technique used to remove the entire prostate gland to treat prostate cancer. Now, laparoscopic and robotic methods are also acceptable for performing radical prostatectomy. When doing open or traditional prostate surgery, a wider incision is made in the lower abdomen to access and remove the prostate gland. With laparoscopic prostate surgery, the patient just needs small incisions in the lower back or abdomen to have the prostate examined and removed.

Robotic surgeries have replaced the older methods, which left men with a large scar extending from their sternum to their pubic bone. This was necessary for the robotic prostate cancer surgeon to gain access to the pelvic region, displace the bladder, and perform other intricate micro surgeries, such as severing the urethra (the tube through which urine flows from the bladder to the prostate and then into the penis). So, why isn’t robotic surgery widely adopted?

How is robot-assisted Surgery performed?

There are three parts to the computer-assisted robotic surgical system, which together:

Surgical planning and execution with a depth of focus, magnification, and high resolution

Tools that have been engineered to function in a similar way to the human hand, fingers & wrist, therefore achieving a greater range of movement and accuracy.

The traditional surgeon’s normal hand and wrist motions are translated into movements that are accurate and proportional to the instrument’s master controls. To better manipulate tissue and operate on the prostate from a variety of angles, surgeons can make use of the robotic arms’ steadiness and the wrists’ precision movement.

If you have prostate cancer, why would you want a robotic prostatectomy instead of open surgery?

The robot arm can move freely, precisely, finely, and without tremors. By providing a magnified, three-dimensional picture of the surgical site, the portable camera system facilitates accurate extraction of the prostate. The method has the same positive effects as minimally invasive surgery while avoiding damage to the nerves responsible for sexual function and bladder control. Better health results for patients:

The benefits of the robot-assisted treatment include: