What Equipment Does Police Use to Control Riots? 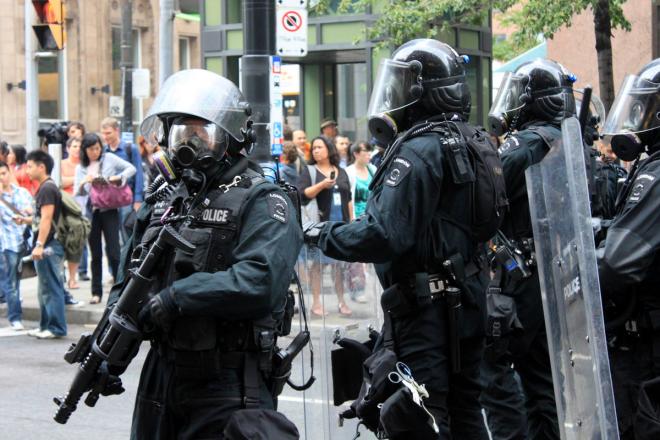 Riots and protests are among the challenges police face on a regular basis. These protests can easily turn violent and cause serious damage to other people and property. In such areas, police are deployed to control riots and lessen the damage caused to the surroundings.

Riots are especially difficult to control because people get violent and attack with whatever item they can get their hands on. So, to control such mischievous people, police also use defensive weapons like body shields and batons.

Is It Allowed To Use A Weapon In A Riot?

Police and military forces can use force to threaten the people and scare them away. They can use batons and weapons to attack people and ward them off the area. Besides weapons, they also use defensive equipment to protect themselves from projectiles and attacks from offenders. Below are the most common types of equipment police and defense forces use in a riot.

The defense troops use body shields to stop people on their way. Made from PET or UHMWPE, these shields are sturdy and resistant to impact. These shields have two handles from which the guards can hold and use to push the people. Moreover, some shields have an outer curvature that assists in capturing a person. These are also called capture shields.

Baton is sturdy and common equipment used by police professionals. These weapons are made to endure a rough beating. Many police officers strike offenders with batons to scare them away. A powerful hit from a baton at the right spot can easily knock out someone. These melee weapons are used when the situation gets out of hand and people start to create unrest.

A bulletproof vest is a high-grade defensive armor protecting a person from receiving a bullet injury. Although it is unlikely for people in protest to use a gun, with lenient gun laws, you never know which person is carrying a lethal weapon. So, these armors are made to prepare you for the worst of situations. The bulletproof vest is made from Kevlar fiber- a synthetic fiber that is 4 times tougher than steel on an equal weight basis.

A body armor without a helmet is incomplete security for the front line person, leaving them open to head injuries. A special force helmet is a piece of tactical equipment that is specially designed to protect the head from receiving a fatal injury. These helmets combine kevlar with other composites and have a lineup of inner padding that absorbs most of the impact and secures the wearer.

They are efficient and are widely used in multiple other places. These defensive items are not lethal, which makes them easy to get. Many defense stores have batons, body shields, and other equipment in stock from where you can order them. Moreover, you can easily get these defense items from an online store in all 50 states of America.

Also Read: Flip a Coin Online to Make a Decision