5 Islands that are still hidden from the world  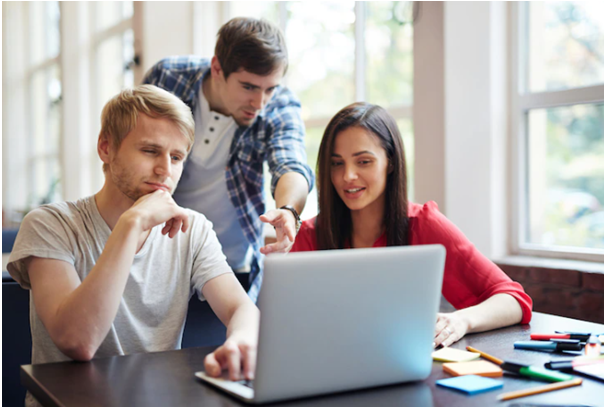 Just thinking about travelling to islands invokes a sense of adventure within oneself. Gazing at vast patches of sand, vegetation and a mesmerizing calm blue sea to look at.

Yeah, you are envisioning them in your mind right now…right? Cause same.

The ones I’ll be talking about in this article will blow your mind with their breathtaking views and elegance.

Time For An Adventure!

Let’s take a look at some of these islands that are pure gems but not that popular among the crowds  :

The second largest of the Maltese islands (after Malta) is Gozo, which is located in the Mediterranean Sea (5.25 km) to the northwest of Malta. Gozo is also known by the Latin names Gaulus and Ghawdex.

It also often goes by the name of  “Island of the Three Hills” and contains a lot of conical knolls that look like extinct volcanoes. As compared to the island of Malta, Gozo is hilly and greener.

Malta and this island are connected by ferry and helicopter service.

According to Greek mythology, Gozo corresponds to the island of Ogy’gia, where Calypso, the sea nymph, entertained Odysseus.

Being an island, Gozo can only currently be reached by boat. Every day of the week, Gozo Channel offers a nonstop direct ferry service between Malta and Gozo.

Starting at 5 a.m., the ferry service is available continuously, with departures leaving around every 45 minutes.

Rodrigues Island is one of the rarest places you may search out. It is located in the southern Indian Ocean, just 600 miles from Mauritius.

This virgin island is well recognised for its authentic culture, people, and unspoiled spots where tranquillity reigns. It is carefully kept away from mainstream tourism attractions.

Rodrigues is not your standard tourist destination; instead, it offers something special and genuine that can only be appreciated when you get there.

Rodrigues Island provides a totally unique experience for people looking to relax and revitalise in a peaceful setting, far from the completely frantic cities and pollution.

Only two routes exist for getting to Rodrigues Island.

One is via the passenger and cargo ship Mauritius Trochetia, which travels bimonthly between Port Louis and Rodrigues and takes 36–48 hours to arrive, depending on the state of the water.

This opulent residential marina development is situated in the centre of the Seychelles and is man-made.

It is situated only 200 metres from the capital island of Mahé and includes a variety of magnificent residences.

These upscale homes are luxuriously furnished and meticulously kept, making them great investments for investors and fantastic choices for travellers looking for opulent accommodations.

The urban architecture of Eden Island, which is situated on a former coral reef, was carefully planned to give each resident solitude and a sense of spaciousness while still allowing easy access to their moorings.

If you’re wondering how to get to Eden Island, all you have to do is go to the international airport on the main island, Mahe, from which Eden Island is very accessible.

Portugal’s Azores islands have long been a stunning destination on the map of intriguing vacation destinations for savvy tourists.

UNESCO and other organisations’ recognition has contributed to this place’s increased popularity.

This archipelago is located in the centre of the Atlantic Ocean .

However, it is challenging to think of a location better suited for nature lovers, adventure sports enthusiasts, or anyone looking for a model of sustainability.

The Azores are a geological hotspot because they are where the tectonic plates of Europe, North America, and Africa converge.

Getting to the Azores requires flying unless you wish to hire a sailing ship and traverse the Atlantic.

You can choose from a variety of direct flights that frequently leave from the United Kingdom, the United States, and Canada, as well as from Portugal’s mainland.

The Cape York Peninsula in extreme northern continental Australia and the island of New Guinea are divided by the Torres Strait, which has at least 274 tiny islands.

Forget the crowds; there’s a strong possibility you won’t run with another traveller when visiting the Torres Strait Islands. Logistics play a role in some of that.

Few islands allow tourists, some require permission, and there are few transportation choices. But as soon as you set foot on these idyllic islands, all of that will be forgotten.

Small, leafy villages, lovely beaches, and friendly locals are eager to welcome you to this tiny corner of paradise.

The Torres Strait Islands are accessible by boat, automobile, or aeroplane.

From Cairns, Qantas flies to Horn Island. Following that, a service like McDonald Charter Boats will take you across to Thursday Island.

You can take a ferry to Thursday Island from Cape York if you’re travelling along the Pacific Coast Highway.

You want to arrive via a cruise? You will be transported to Thursday Island by tender when your ship has anchored in the harbour.

No, but really, they are G-R-E-A-T. If you still don’t get what I mean, then go back and check out the names of the islands once again!

Bad Humour apart, I feel like it is a part of basic Human Rights to be able to indulge in fantasies of visiting scenic places every once in a while. Islands are literally the cure for one’s soul and spirit.

Thank you for your patience in reading this article up till here. I really hope you got to know some new information from here.

#5 Islands that are still hidden from the world #beauty of island #Islands
Previous Post
How Do I Permanently Delete My Snapchat Account 2022?
Next Post
Top 10 Best Apps For Online Courses In 2022